Prior to Monday’s event, the player’s wives — Chastity Fant and Nadia Jackson-Jefferson — organized the families’ wish lists and attended a gift wrapping party with their children Dec. 14.

Aside from the presents the families received, each family took home a pizza for dinner and a grocery gift card.

The families also got to throw the football with players, enjoy a bounce house and dance with SeaGals.

This event was first organized and hosted the last four years by former-Seahawk Richard Sherman.

Fant and Jefferson stepped up to continue the tradition. The group of families and Seahawks pose for a group photo during Monday’s event. Courtesy photo Seattle Seahawks 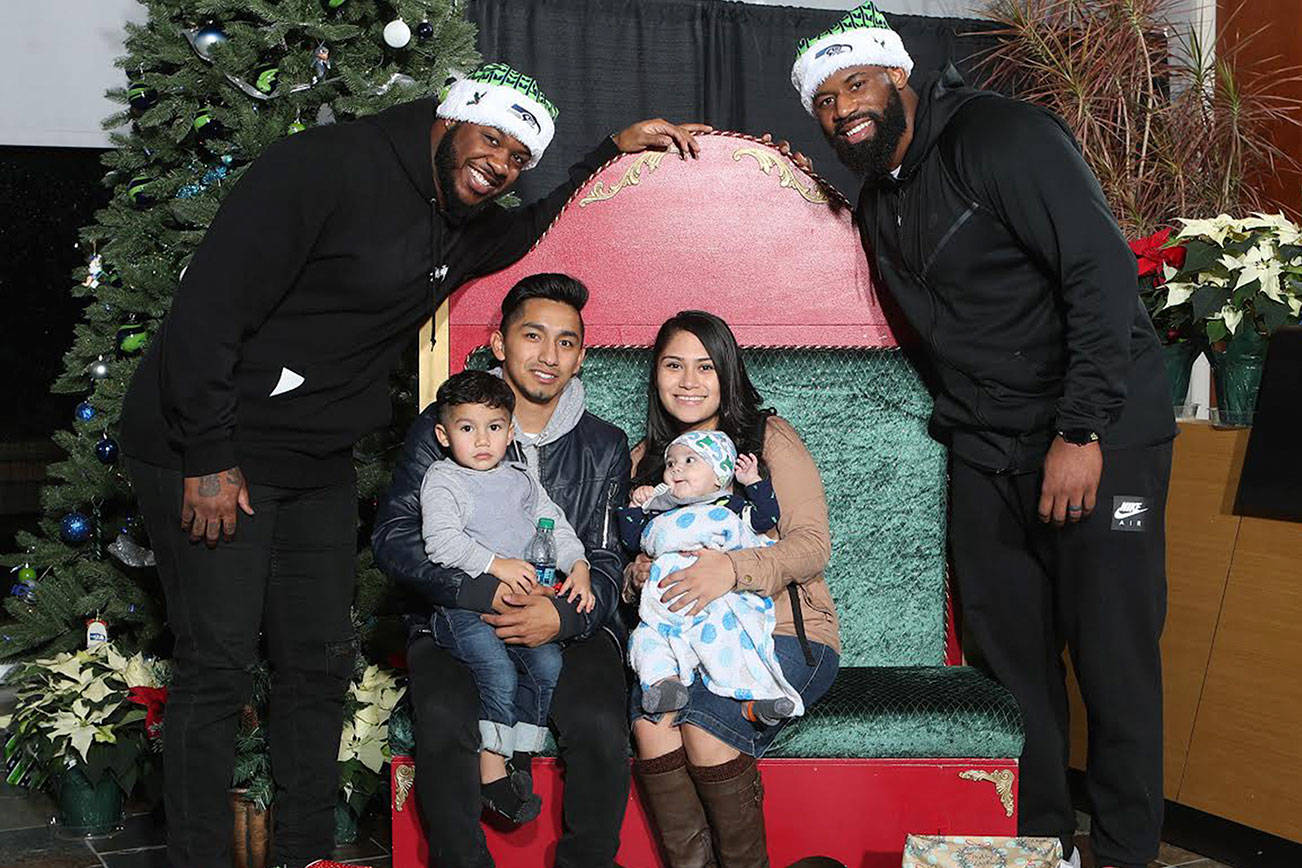 Quinton Jefferson and George Fant pose with a family during the holiday party Monday at the VMAC. Photo courtesy Seattle Seahawks